Fancy playing games from a certified online casino pioneer? Evolution Gaming’s live casino games broke new ground when it first burst onto the scene, and the software provider shows no signs of slowing down.

Our user-focused guide will tell you what makes this developer so special and why its titles are now found at more or less every gambling site in the world.

Read on to find out what it means to play at a top Evolution casino, click through to a site you like, and get started!

Evolution Gaming was founded in Riga, Latvia in 2006 by Jens von Bahr, but has since moved its headquarters to Sweden. Von Bahr has remained the company’s CEO ever since its inception, driving the company forward in its pursuit of becoming a true revolutionary.

And what a job he’s done: inspired by the Monte Carlo Casino, Evolution set out to become the world’s first supplier of live casino technology, an attempt to deliver the thrill of the casino experience to anyone curious enough to play. Evolution’s games appropriated the emerging video streaming technology of its time and utilised it to stunning effect by beaming live dealer casino games to players from the comfort of their own homes.

Today, Evolution’s games are streamed all around the world from European studios in Latvia, Spain, Malta, Belgium, Romania, and Lithuania. In 2018, the company established its first studios outside Europe – one in Canada, and two more in the US – a significant move that solidified its dominance as a casino software provider. Evolution also has engineering hubs in Estonia, Georgia, Belarus, and The Netherlands.

Evolution’s status in the industry is such that pretty much every online casino in Ireland will feature at least one of its titles. It’s a reputation that only stands to increase in the near future, with Evolution having acquired casino game powerhouses NetEnt and Red Tiger Gaming in 2020. The company also reached an agreement to acquire Big Time Gaming in 2021.

While Evolution’s games are now ubiquitous, the best Evolution casinos will make sure they get their hands on the latest releases. In recent years, Evolution’s new games have taken the company into yet more uncharted territory, adapting much-loved TV game shows and family board games into a live dealer casino format. Here are some of the latest – and best – innovations from Evolution.

Before we talk about Evolution’s latest releases, it’s important to remember what brought the company its heralded status – that is, exceptional live dealer casino game classics and all their sparkling variants. Lighting Roulette was released in 2018 and is based on standard European Roulette rules, but there are twists. Once bets have been placed and the wheel spun, the dealer will pull the lightning lever which randomly selects anywhere from one to five pockets on the wheel. If you’ve placed a straight-up bet on one of the random lightning pockets, a multiplier ranging from 50-500x is placed on your stake, meaning players could win higher-than-usual jackpots.

In terms of style, Lightning Roulette doesn’t resemble the standard live studio layout that players might expect from Evolution. Instead, the game feels more like a casino-game-show hybrid – an aesthetic that chimes with Evolution’s recent gaming output. Lightning Roulette is filmed by multiple HD cameras, giving players a truly immersive experience, and stakes can bend to suit all budgets, ranging from €0.20 to €10,000. With a return to player (RTP) rate of 97.30%, this is a game worth playing for any fans of roulette. 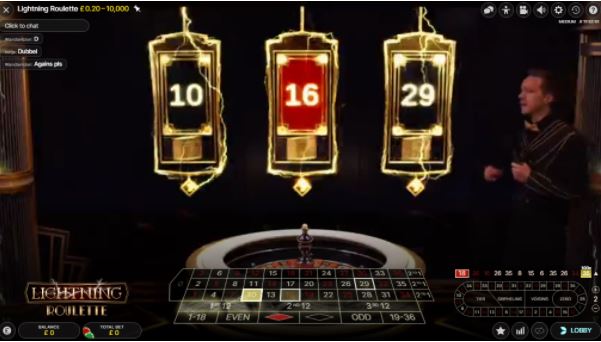 Released in 2017, Dream Catcher marked the beginning of a new era in Evolution’s games. Dream Catcher was the first in a series of casino games that looked to marry the familiar family entertainment style of TV game shows with the thrill of a knockout casino game. The game has an RTP of 96.58% and combines elements of online slots, roulette, and bingo, taking place on a wheel with 54 pockets. 52 of these pockets are marked with the numbers 1, 2, 5, 10, 20, and 40, with the remaining two spaces containing a x2 and x7 multiplier. Just like in roulette, players place their wagers on which number will come up before the wheel is spun. Numbers 1, 2, and 5 appear most frequently on the wheel, therefore representing the wagers with the lowest volatility, while numbers 10, 20 and 40 sit at the other end of this scale. Landing on any number will pay out at the corresponding rate, meaning that a successful €2 wager on 5 will payout €10. If the wheel lands on a multiplier, this will carry over to a second spin of the wheel, at which point the multiplier will be applied to any winning bets. 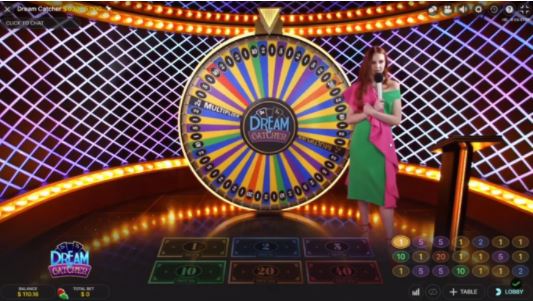 2021 was another ground-breaking year for Evolution with the launch of Gonzo’s Treasure Hunt. It’s a hybrid between live casino and the legendary NetEnt slot, Gonzo’s Quest, and it was the first casino game in the world that can be played with a virtual reality (VR) headset. Join the animated Gonzo and your host in search of treasure. Players nominate the symbols they’re looking for – and the number of guesses they allow themselves to find them – before placing their bets. This personalised element to the game means that, no matter how many players are playing, each experience is entirely unique. Players have a choice of up to twenty searches for their treasure, out of a total of 70 tiles on the grid; the more leniency you allow yourself here, the smaller your payout will be if you strike gold. With further prize drop and re-drop features included in the game, Gonzo’s Treasure Hunt has an RTP of 96.56% and is described by players as being like a permanent slot game bonus round.

The top Evolution casinos will shower their members with consistent, affordable, and accessible bonuses, as well as offering them generous welcome bonus packages when they first sign up. These bonuses come in various shapes and sizes – here are some of the most common and what they entail.

Matched deposits are regularly offered by online casinos, and they involve equalling a proportion of a player’s deposit up to a specified limit. An offer of this kind might look something like ‘100% up to €100’ –– this would see the depositor double their funds from a €100 deposit or less.

These bonuses are self-explanatory: you’ll land one simply for opting-in, and there’s no need to add any of your own cash to your casino wallet. No deposit bonuses are highly valuable but will come with other terms and conditions, so keep an eye on those.

Free spin bonuses aren’t much use on live dealer games, but Irish Evolution casinos will often host a number of excellent slot titles where free spins come into their own. A free spin bonus is usually dependent on a minimum deposit, such as an offer of 25 free spins following a €50 deposit.

The best Evolution casinos will feature games from a range of outstanding developers – here are some of the others to keep an eye out for.

Now operating under the Evolution wing, NetEnt has been a huge figure in the industry for over two decades. Known for world-class slot development, pristine graphics, and entertaining characters, its biggest games in recent years include Starburst, Dead or Alive, and the Netflix series-inspired Narcos.

Known as the first online gambling provider in the industry’s exciting history, Microgaming has been at the forefront of casino game development ever since its inception. Microgaming’s games will be found at almost every online casino in the world, and among the most popular titles are Immortal Romance, Mega Moolah, and the Thunderstruck series.

Playtech’s games library covers the full range of online casino games, including live dealer titles. Founded in 1999, Playtech’s focus in recent years has been on the development of superhero-themed slots, the most popular of which include The Dark Knight trilogy, Suicide Squad, and League of Justice.

Compare Top Evolution Casinos and Sign Up to Get Started

From the most generous welcome bonuses to the casinos best representative of Evolution’s suite of games, our comparisons cover everything you need to get started at an Irish Evolution casino. Read our reviews, take in our expert advice, and step into the world of live dealer games at a top Evolution casino.

Guy is a contributor at TopRatedCasinos.ie with a wealth of experience and expertise in the online casino industry.