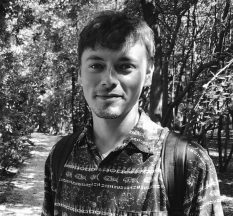 Guy is a writer for TopRatedCasinos.ie with plenty of expertise when it comes to online gambling. Currently based in London, Guy is an avid football and cricket fan who you’ll often find lamenting the fortunes of his dearest Tottenham Hotspur. A regular contributor to several TopRated syndicates, Guy has strong industry knowledge when it comes to iGaming.

A University of Leeds graduate who holds a degree in English & Philosophy, Guy has previously spent time working for a B2B PR agency operating in the tech, arts, and not-for-profit sectors, where he further developed his writing and editing skills.

After watching cult film The Sting aged 12, Guy has been fascinated by the gambling sphere ever since. He believes the rich histories of poker, blackjack, and roulette reveal the importance of gambling as an essential cultural activity, and he’s passionate about promoting gambling as a positive and enjoyable pastime. He takes his role in the industry seriously, understanding that, as gambling affiliates, we have a duty to aid the practice of healthy gambling.

Alongside his work within the iGaming space, Guy has also been featured in a number of respected tech titles such as Information Age, Computer Weekly, and Tech Radar, along with several other trade publications. He also contributes to an established football blog. When he’s off the clock, you’ll find Guy asking himself life’s biggest questions: will Tottenham win a league title in his lifetime? Will England win a world cup? Although Guy’s love of football is regularly tested by Jose Mourinho,  he remains happiest when playing the sport himself.