A NetEnt slot based on the incredibly popular Starburst Wilds. Its 5 reel, 10-payline structure provides players with an enjoyable and fast paced gem-bursting, arcade-style slot with a £50,000 jackpot.
Fans of addictive gem-bursting games will immediately fall in love with this slot. It’s one of the most popular around, and often appears as part of casinos’ welcome packages in the form of free spins. 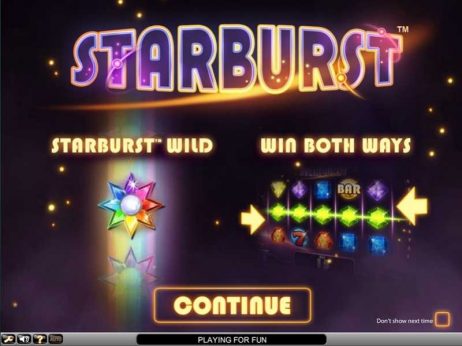 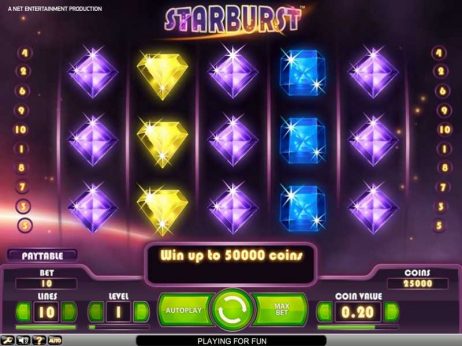 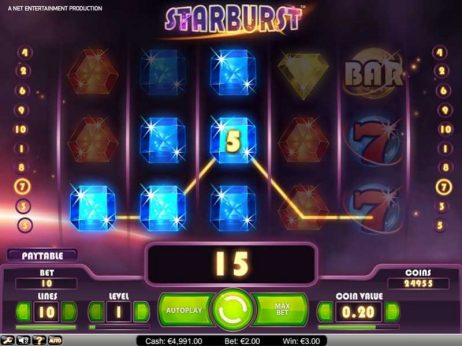 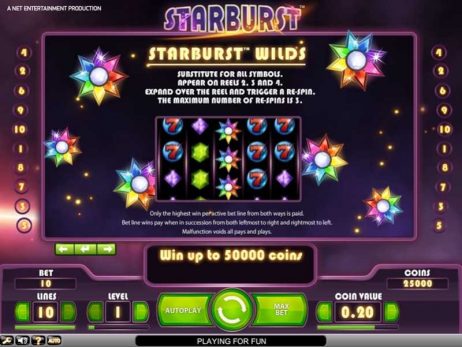 Free Spins
The Wilds not only increase the chance of bigger wins by replacing other symbols, but it also offers a re-spin every time it appears. If a wild does appear during a re-spin then it remains in place with the previous wilds for up to three re-spins.

Two Way Wins
Two way wins are becoming common in a lot of slots; this feature allows you to collect combos from both left to right and right to left, increasing your chance of collecting prizes.

Our verdict
Once you accept the fact that Starburst isn’t a slot filled with bonus features, and embrace its fun design and soundtrack, then you’ll realise just why it is such a fan favourite. Throw in a Two Way Win system and there’s plenty to play for. 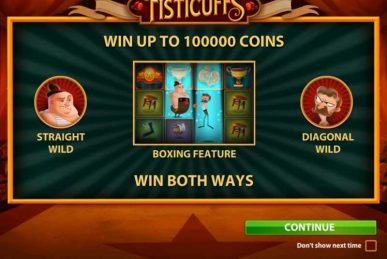 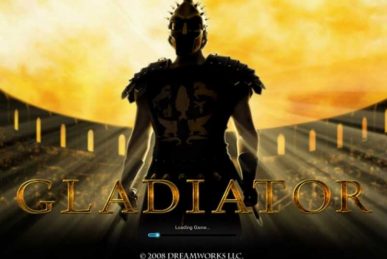 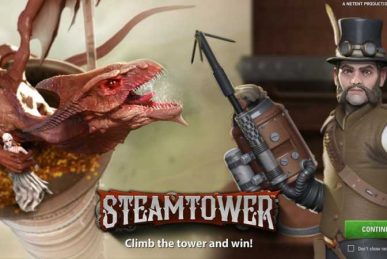