Gambling in Ireland is a popular activity, whether that’s online casino gaming, sports betting, or wagering on horse races. But in recent years, it has become more apparent that current legislation needs an upgrade to keep it in line with modern gambling.

At the beginning of this year, legislators in Ireland finally took steps towards modernising the country’s laws. The Gaming and Lotteries (Amendment) Act 2019 came into play, which lawmakers will replace with more permanent legislation in the future.

We’re now nine months into 2021. So, what’s the latest on gambling reforms in the country? And what might we expect to happen in the future? Let’s take a look.

Despite Irish legislators looking to move forward with things, it’s operators who have made a lot of the gambling reforms we’ve seen so far. Flutter Entertainment led the way in February 2021, when they announced that players could no longer gamble via credit card on any of their brands – including Paddy Power. This change came into force in April and apply to both its online and land-based outlets.

In February, Flutter also announced that it would contribute 1% of its net gaming revenue (NGR) to support problem gambling treatment and research and other areas.

Since then, operators across the country have taken the initiative to follow in their steps. Towards the end of August, bookmakers agreed to stop offering credit cards as a payment method for online casinos and their other services – with these changes coming into full effect by the end of 2021. Like with Flutter, this ban will apply to both online and land-based betting sites and shops.

But that’s not all; companies have also agreed on a whistle-to-whistle ban on promoting their services during events aired before watershed.

What Outcomes Might We Expect From the Gambling Act Review?

Even if operators had chosen not to introduce a voluntary ban on credit card betting or advertising during live events, legislators would likely have enforced these anyway.

But despite these being two of the most talked-about potential outcomes, lawmakers still have a lot to consider.

So, what else can or might we expect when official, permanent gambling reforms come into force on the Emerald Isle? Let’s take a look.

Gambling in Ireland is unusual because it isn’t regulated by an independent commission. But at some point, Ireland will finally have its own Gambling Commission; talks are already underway as to how this might look, and Minister of State for Law Reform James Browne believes this will finally become a reality within the next few years.

As reported by Irish Legal News:

“We are targeting some definite milestones in the year ahead, including the publication of the General Scheme in Q3 and the appointment of a CEO Designate by the end of the year. There is a clear path towards the gambling regulator being operational in early 2023.

“We have established a Programme Board in the Department of Justice to oversee the work and to ensure that the different workstreams are progressing in parallel. The aim is to minimise the time between the enactment of the legislation and the date on which the regulator commences operations.”

Before then, we can likely expect to learn more about what this regulator will entail before the end of 2021.

Despite Irish gambling operators deciding to limit their advertising during sporting events, regulators may go a step further and change what is and isn’t allowed in terms of sporting sponsorships.

Even without lawmakers’ input, some sporting institutions in Ireland have taken it upon themselves to speak out against gambling partnerships in sport. One example is the Gaelic Athletic Association, which voluntarily banned all Gaelic football sponsors a while ago. Colin Regan, its Community and Health Manager, said:

“I’m not saying we can’t go out and bet. If that’s your buzz, go and do it, but sport in itself is adequate enough without there being the need for a financial association to the outcome.

“It’s not even about the outcome anymore – it’s down to the minute detail of what can happen in a game. It’s out of control now what they’re trying to align between a betting opportunity and sport. That’s betting for betting’s sake.”

Meanwhile, in 2020, the Gaelic Players’ Association (GPA) spoke out and demanded a ban on gambling ads for every GAA game. That year, Chief Executive Peter Flynn said:

“Gambling promotion during GAA games presents a heightened risk to the welfare of all members of the GAA but particularly children and those most vulnerable to the perils of this destructive addiction. The proliferation of online betting and the availability of betting advertising around Gaelic Games has helped develop a worrying cultural issue with gambling in the GAA.

“We believe that the GAA, through its relationships with its broadcast partners, has the ability to prevent the broadcast of gambling ads during matches. Removing this intrinsic link between inter-county games and betting advertising reduces the risk of vulnerable members of the association developing issues with problem gambling.”

The Football Association of Ireland (FAI) also announced plans to ban betting sponsorships in the sport. However, it exempted clubs in the League of Ireland from needing to follow these rules.

Over in the UK, calls have grown louder for gambling sponsorships in sport – especially football – to come into play. And in Ireland, support is by no means silent. So, there’s every chance that legislators might decide to make this mandatory.

A Clampdown on Offshore Betting Sites

One peculiar quirk of Ireland’s gambling laws is that players are legally allowed to gamble at offshore online casinos and other betting sites not based in Ireland. Similarly, operators do not need to have a base in the country to apply for a licence.

However, this might change as more permanent legislation comes into play.

Having a base in Ireland is beneficial for several reasons. For example, operators can provide more tailored support to customers – which could help them beat problem gambling issues quicker.

But for the Irish Gambling Commission – whenever it’s formed – might also be able to regulate the market more closely if companies aren’t drastically spread out across the world.

The idea of spending caps in gambling has become more prevalent in several countries recently. One example is Sweden, which introduced a mandatory temporary cap on players’ weekly online casino spending during the COVID-19 pandemic.

Germany has also proposed limits to gambling spend, and the concept has support from some individuals in the UK.

With problem gambling very much one of the biggest talking points with legislators form, we might see something similar become a reality in Ireland – and the same might be true for banks needing to offer mandatory transaction blockers.

A Time of Change on the Emerald Isle

Irish gambling legislation clearly needs major reforming, having not been updated for decades and not considering the online landscape whatsoever. And while operators have already taken the first steps to implement changes that were probably coming anyway, it’s unlikely that legislators are far from done.

A gambling commission is a must, and the sooner this is introduced, the better for players and operators alike. We can only speculate on what else will come into effect, but the landscape will undoubtedly look different a few years from now. 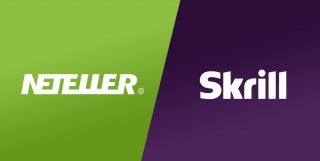 Skrill vs. Neteller: Are There Many Differences When It Comes to Online Casino Payments?