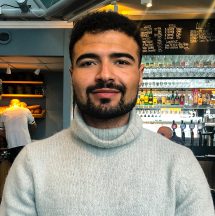 Having studied journalism at university, Danny began writing about the gambling industry immediately after graduating. He’s since traded the moderate London climate for the  rain and wind of Copenhagen.

From his base in the colourful Danish capital, Danny contributes weekly news articles to TopRatedCasinos, alongside expert insight pieces centred on the current landscape of the gambling industry at large.

As is the case with many of our contributors, Danny has a background in sport, holding a degree in Sports Journalism from Southampton Solent University. During his time there, he was part of multiple community sporting initiatives and also co-founded the media team for a local non-league team. As well as covering lower league football in the surrounding area, Danny has previously run live blogs for the Premier League website while working with LiveWire Sport.

Towards the end of his degree, Danny’s work shifted to the betting side. He became a content marketing executive for Skrill and Neteller through employment at Paysafe, helping with coverage of EURO 2016 and the start of the 2016-17 Premier League season.  From here, he found himself in a copywriter role when the company acquired gambling affiliate platform Income Access. Expanding his writing to e-commerce and travel over the next couple of years, Danny quickly made the jump to freelance writing.

When he’s not writing, Danny is a keen photographer, with his life in Scandinavia proving an excellent source of inspiration. He also likes to challenge himself both mentally and physically, through learning new languages and personal fitness.